[dropcap]A[/dropcap] few years ago, if you told me one day I would learn Urdu, I would have thought you were certifiable! My only experience of it was seeing the squiggly translations  in the instructions to passengers on buses in the UK. It looked about as comprehensible to me as, say, Mandarin. Funny where life takes us…

When I married, I wanted to do all I could to bridge the cultural gap between my husband’s family and I. They had moved to England from Pakistan when K was two or three and now lived in Edinburgh, Scotland. His father could read, and spoke halting English, but his mother was illiterate and spoke only Punjabi. (At least that was the official line, in truth, she spoke better English than her husband but was shy about using it). The whole family spoke Punjabi, but felt I should learn Urdu as it was the more refined of the two languages, polished and soft compared to Punjabi’s staccato sound. To help with my learning, my brothers and sisters-in-law were forbidden to speak to me in English.

In those early days of our marriage, K and I would periodically join the stream of stultified humanity on the M1 and M6, to make the six-hour drive from St Albans to Edinburgh, usually arriving somewhere close to midnight. I remember sitting on the sofa, drained by the long drive and dazedly wondering what everyone was arguing about. Voices were raised, brows furrowed, arms sliced the air – everyone talked over each other and the sharp volleys of speech fired back and forth around the room made me edgy. Unable to understand the content, unsure if I was the cause/topic/catalyst, I did what anyone else would do: pretended to be oblivious, my attention absorbed by the over-made-up actresses in the Asian dramas playing on the forgotten TV screen. “Excuse me, what was that? A family discussion descends into chaos? No, sorry, I must have missed it…”

Later, together in the warm, safe cocoon of our bed, away from listening ears, I asked K for the lowdown, “So what was wrong? What was everybody arguing about?” Half perplexed, half amused, he told me they were just chatting, “A bit of banter…” When I mentioned how aggressive it sounded, he laughed and said, “That’s how we talk…”  So there you have it: Punjabi is not pretty.

Urdu, on the other hand is the language of classical poets; Zafar, Ghalib and Faiz among them, who wove beautiful and intricate shayari (poetry) and ghazaals that captured the hearts of their listeners and wrought tears from their eyes. It has the softness and sensual flow of velvet as it runs golden and honey-like over the tongue and soothes the ears with its mellifluousness. 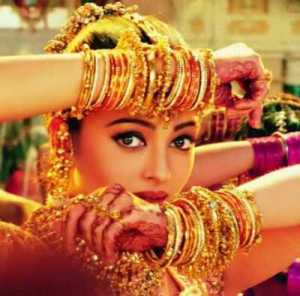 The best thing about learning Urdu was that it meant I had an excuse to watch Bollywood movies, drinking in the beauty of the heroines, the drape and colour of their clothes, the delicate tinkling of their churian (bangles). I also formed a heartfelt appreciation for the young Amitabh Bachchan’s towering intensity and Shah Rukh Khan’s puppy-dog eyes, but that’s another story. Through them, I became familiar with South Asian culture and customs. I began to understand how they saw the world through the lens of family values and expectations, rights and duties and respect for elders. I gained a cultural understanding from the dramatic scenarios and my ears became attuned to the caressing cadence of Urdu as my eyes followed the meanings in the subtitles. I even found myself singing the songs…

I went for weekly Urdu lessons and listened to Urdu radio stations. My vocabulary grew so that eventually I was correcting my husband. I could read and translate Urdu script – the swirl of pen strokes and dots now held meaning for me.

But then came the crushing blow. I learned, to my detriment and eternal disappointment, that Urdu and Punjabi, though similar, also have many differences. When I tried to converse with my in-laws in Urdu, instead of the broad smiles and admiration I had expected, I was met with blank looks. “Ki bolti ha?” – “What did she say?” they asked one another, while I sat there nonplussed. Why didn’t they understand me? Was my accent that bad? K’s father prided himself on his Urdu. It conveyed class, intellect and education and he felt it gave him a certain caché; he would pore over his Urdu newspaper in the evenings, reading aloud to his ambivalent audience in a strident voice, any parts that interested him (usually a recipe for chutney or some such banality). But he would be stumped when I gathered up the courage to talk to him in Urdu – always turning to K for clarification. It seemed that my only “sure thing” could not understand my best attempts at his language and, for everyone else, the differences outnumbered the similarities.

To give you an example: the Urdu word for Pillow is Takiya, but in Punjabi it is Surana – COMPLETELY DIFFERENT! How would you EVER guess they mean the same thing? Short answer: You wouldn’t. Not without learning BOTH languages.

So, I was stumped. I would gradually pick up some Punjabi through prolonged exposure, but it was a difficult and isolating experience. Sometimes, we would stay in Edinburgh for weeks at a time, and you cannot imagine the relief I felt speaking English with a cashier at the local Sainsbury’s for a few minutes. Hearing language that I didn’t have to work to understand, seemed amazingly effortless. I felt almost psychic! To keep track of the high-speed conversations that went on around me in Punjabi I had to concentrate hard, often I would be left chasing an elusive meaning in my head while the conversation continued apace. Every so often I would have to just drop out, stare into space, and let it all wash over me. Whenever I asked K to translate, he would shush me, telling me to wait till the end of the conversation for a summary, by which time he’d have forgotten how it began. 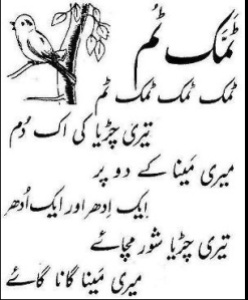 Sadly, now that we are in Canada, I don’t have much opportunity to practice my Urdu. I lie awake at night trying to recover words lost to the obscurity of faded memory. It’s all still there. It just needs prompting to reach it. I remember back to the days when J was a toddler and I taught her the Urdu words for the pictures in her baby-books – billie instead of cat, dudoo instead of frog, phul for flower… perhaps I should do the same with S, even if it’s more for myself than anyone else.

An autistic Irish immigrant in a cross-cultural marriage, Aisha Ashraf is the archetypal outlander, writing to root herself through place and perspective. Published in The Rumpus, The Maine Review, River Teeth, HuffPost and elsewhere, her work explores the legacy of trauma, the nature of being an outsider and the narrow confines of belonging. She currently lives in Canada.